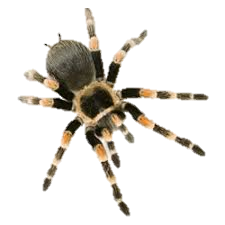 He was born on June 4th, 1950 in Seattle, Washington to parents Earl Albert McKee and Elizabeth (Betty) Josette Campeaux. He and his brothers Dennis and Ronald spent their early years growing up in the Queen Anne neighborhood of Seattle and later moved to a small hobby farm in Kenmore, WA.  In 1968 he graduated from Inglemoor High School and shortly thereafter was drafted into the US Army to serve in Vietnam.  After his discharge from service in the Army, he worked in the phone industry for over 30 years for Pacific Northwest Bell/Quest (now CenturyLink) retiring at 47 years old.

Over the course of his life, Allan had various interests and hobbies in which he was extremely passionate about including raising tarantulas (Al’s Tarantula Ranch) and raising exotic bamboo for the Seattle Bamboo Gardens.  He was also responsible for discovering a method in which venom was extracted from tarantulas in a way that the spiders were not harmed. This method was later patented for arthritis medicine research and he lectured for the University of Washington. He was an avid reader and enjoyed esoteric topics and studies of hidden knowledge.  His biggest passion was human consciousness, spirituality and he was a fan of all things paranormal and magical in nature.

Allan had an uncanny way of relating to people of all walks of life on a very personal and deep level and lived his life to the fullest via life’s simple pleasures like interactions with loved ones, weekend
trips with his daughter, studying all things esoteric and gardening. The people that knew him best described him as generous, kind, genuine, loyal, eccentric, an alchemist, unique, highly intelligent,
passionate, interesting, and gregarious. Most of all he was a teacher/confidant/advisor and over the years he formed many deep and meaningful friendships that spanned decades.  He liked to refer to his “chosen family”, which included his long-time friends Randy Beck, Hal Light, B.J. Neely, Vern Wong, Heather Dandurand, Steve Pearson, James Weaver and J.D. Brown.

Allan was extremely close to his only child, Tami, and over her lifetime they developed an exceptionally close bond and never lived more than a few miles apart. Recently, together they accomplished their mutual vision of moving to the Oregon coast where he enjoyed the last days of his life with Tami, peacefully surrounded by the natural beauty and animals in which he so enjoyed and loved.

Preceded in death by his parents Betty and Earl McKee, his two brothers, Dennis McKee and Ronald McKee, dear friend Hal Light and he is survived by his only child, Tami Leanne McKee, his son in-law Osvaldo P. Morales and his chosen family listed above. He returns to the stars from which he came and he will be dearly missed by those of us who remain, until we see you again…. Know you are loved.

To plant a tree in memory of Allan Wayne McKee, please visit our tribute store.

You can still show your support by planting a memorial tree in the memory of Allan Wayne McKee
Share a memory
© 2020 Bateman Funeral Home. All Rights Reserved. Funeral Home website by CFS