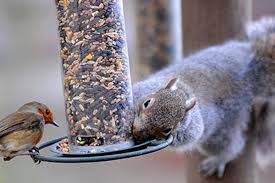 Carl graduated high school and a few years later  married Betty Batten on October 30, 1944 in Mount Vernon, Ohio. With a new wife and a baby on the way, Carl moved to South Gate, California to take a position at the Continental Can Company.  Bob was born on April 9, 1945, and shortly thereafter, Betty and Bob followed him to their new home. Don was born December 14, 1946; Dennis was born December 19, 1948; and, finally, their daughter, Cyndi Lou, was born January 12, 1959.

He worked at Continental Can Company until he  retired in 1973.  Carl and Betty lived in Big Bear Lake, California for 7 years before moving to Shady Cove,  Oregon in 1981. There he was a golf marshal at the   local golf course. He enjoyed working with wood and made several pieces of furniture for his children and grandchildren. He also enjoyed wood turning and made several dozen bowls. In 2003, Carl and Betty moved to Beaverton, Oregon to be near Cyndi Lou.

Carl’s beloved wife Betty died November 17, 2009,   after which he moved to Laurel Parc Senior Assisted Living Community. Carl was outgoing and made friends easily. He had a positive attitude about life and was always eager to help others. He would often just sit and talk to the caretakers who worked at Laurel Parc. He loved to tell jokes, solve puzzles, and often wrote poems that were published in the Laurel Parc Ledger. Carl celebrated his 100th birthday with family and friends with a drive-by celebration.

He was predeceased by his beloved wife of 65 years Betty Batten Belcher  and son Donald  David  Belcher.

He is survived by sons Carroll Robert Belcher and wife Phillis from Lancaster, California, Dennis Allen Belcher of Eugene, and daughter Cynthia Lou Daly of Beaverton. He is also survived by 11 grandchildren and 8 great grandchildren.

To send flowers to the family or plant a tree in memory of Carl Robert Belcher, please visit our floral store.