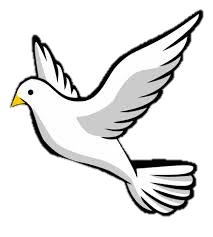 On December 8, 2020, Ethel Bell Myers, who lived in and brought joy to whomever she touched in Newport, OR and its surrounding areas for the past 15 years, passed peacefully away at age 93.  Ethel was often seen walking in and out of the shops in Nye Beach with her little silky terriers, who got to know all of the shop owners.  Most especially, however, Ethel was dedicated member of St. Stephens Episcopal Church and its sister church in Waldport, St. Luke by the Sea.  She played many roles in the church from reading scriptures on Sunday, to writing poetry and newsletters to serving on the vestry and countless committees.  The members of the church gave support and comfort back to Ethel, especially in the past year, when her health began to fail and she was forced to give up some of her determined independence and move to assisted living at Sea Aire in Yachats.

Despite some early tragedies in her life, primarily her father dying of cancer when she was only nine and her family suffering financially and emotionally afterwards, Ethel maintained an indomitable and optimistic spirit throughout her life.  She approached every problem and setback with a positive spirit and just moved on to the next challenge.

Before coming to Oregon, Ethel lived and worked for many years in Southern California – always near her favorite beaches from Corona Del Mar down to Del Mar.  She would often park her car after work on a promontory overlooking the ocean and watch the sunset.

Ethel was born and grew up in Mt. Vernon, NY, where she was a fierce high school athlete, running races against boys, playing baseball and basketball.  She once played basketball against a barnstorming team of off-season Brooklyn Dodgers, and was invited to play baseball with the all-women teams during World War II.

Despite being one of the smartest people around, limited family funds kept Ethel from attending college, but she never let that hold her back.  After high school, she went to work in a bank in New York.  Although this was a disappointment to her, she often regaled her family with stories of her train rides into NYC, waiting on famous people and lunches at the automat.

Over many decades, after moving to California in 1972, Ethel worked in sales and marketing in the nascent semiconductor industry.  She made friends wherever she went, from Europe to Australia, in the numerous countries she visited on sales calls.  She proudly embraced her Irish heritage, visiting her ancestral homeland many times and celebrating St. Patrick’s Day with a vengeance.

More important than her business activities, Ethel’s most important role was as a mother.  She provided wisdom, compassion, guidance, and most of all, love to her three sons, Chris, Tom and Jim.  She was a fun loving, supportive, sprightly presence.  When her sons became adults, she remained a fixture in their lives.  She got to know and befriended their friends.  She included her sons and their families in virtually every aspect of her life.  She opened her home to visitors, including strangers, and many of them became part of her family too.

To send flowers to the family or plant a tree in memory of Ethel Bell Myers, please visit our floral store.

You can still show your support by sending flowers directly to the family, or by planting a memorial tree in the memory of Ethel Bell Myers
Share a memory
© 2021 Bateman Funeral Home. All Rights Reserved. Funeral Home website by CFS & TA | Terms of Use | Privacy Policy